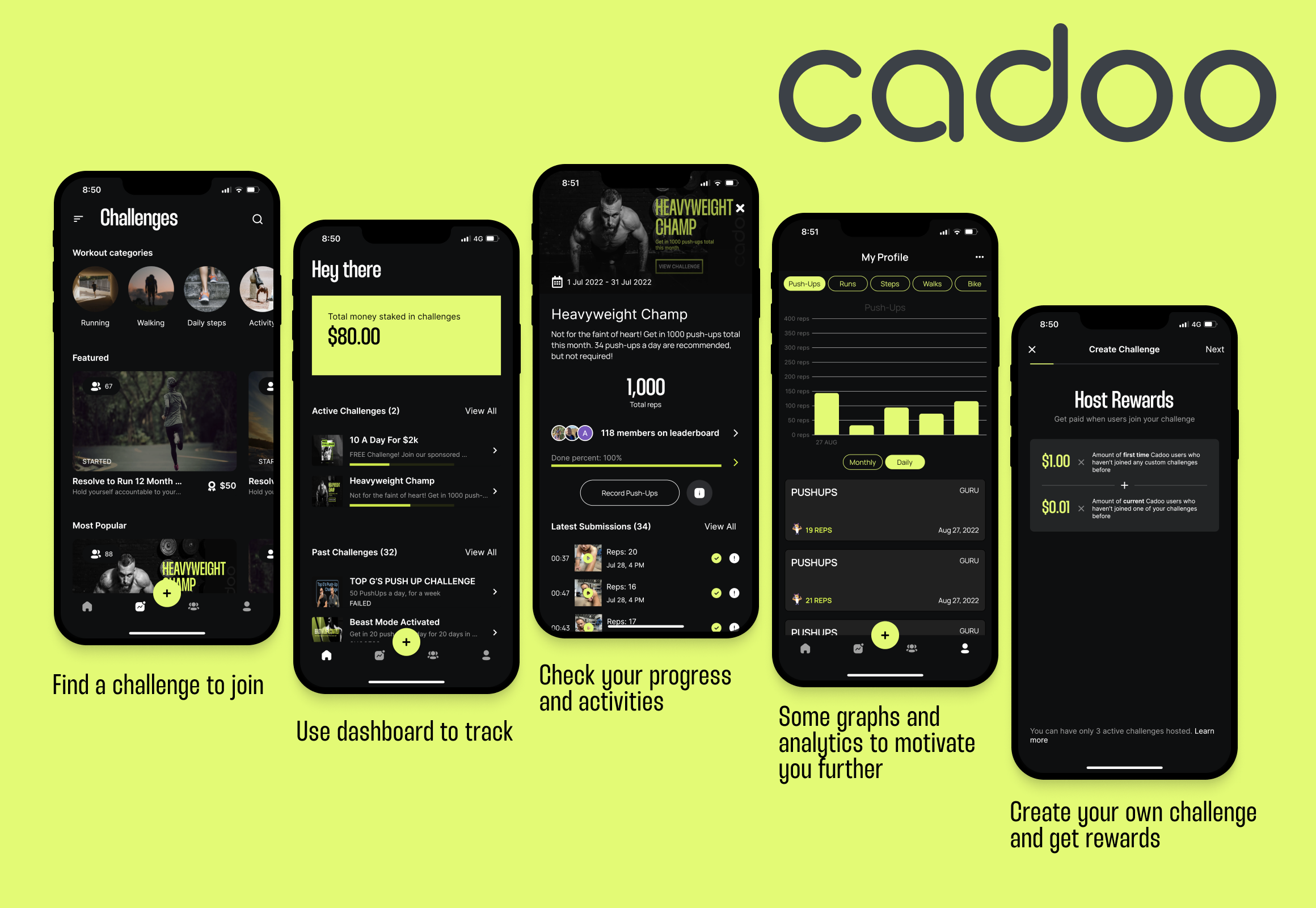 Cadoo is a fitness challenge app that allows you to get paid for reaching your fitness goals. It has walking, running, cycling and push up challenges. You pay the entry fee, join the challenge and work towards the goal and get paid.

How does it work?

Cadoo runs on an earnings redistribution. Short answer: Winners get the losers' money.

Cadoo tracks your fitness activities by using your favorite apps. Such as Strava, Apple Health, FitBit, Garmin, Google Fit, and many others. I had a chance to fix issues on the native side for Apple Health and Google Fit's Flutter libraries to reduce our critical bugs for step tracking.

It also has push-up challenges; you record yourself and send us. Our AI partner Guru handles the rest in less than a minute. For payment, it uses Stripe and PayPal.

Okay, enough describing my favorite app. Let me continue with my roles in Cadoo.

I joined Cadoo in 2019 as the first and only mobile developer for two years. Started with wireframing and designing to make this idea come alive. We were an engineering team of two.I designed the mobile app on Figma and implemented all the features as a sole mobile developer until our recent hires in late 2021.

I've written the 80% of the app from scratch in my free time to reduce onboarding time.

Implemented all the FIrebase products, including App Distribution and Remote Config.

I wrote internal packages to streamline the developer experience. Added integration and unit tests, wrote guidelines and documentation, and set up CI/CD with Codemagic.Worked on new features in my free time, which are not implemented yet, such as an internal running and walking tracker with Google maps and push-up counter with Firebase ML Kit. Here's a demo for Push-Up Counter.

In two years, Cadoo got investments, almost $2M in total, with a valuation of $10M.

Helped on hiring and onboarding two new mobile developers since the company was founded.